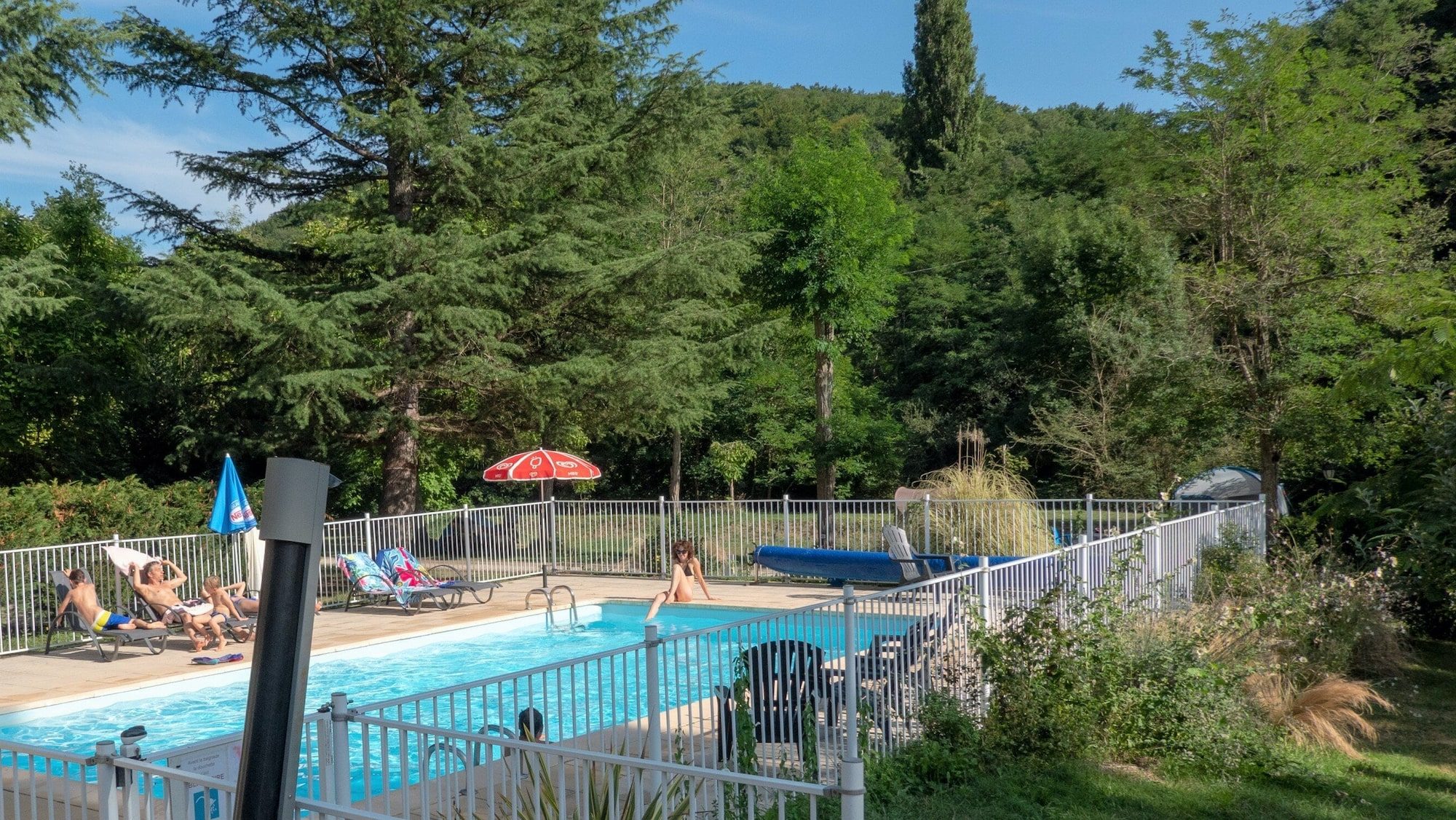 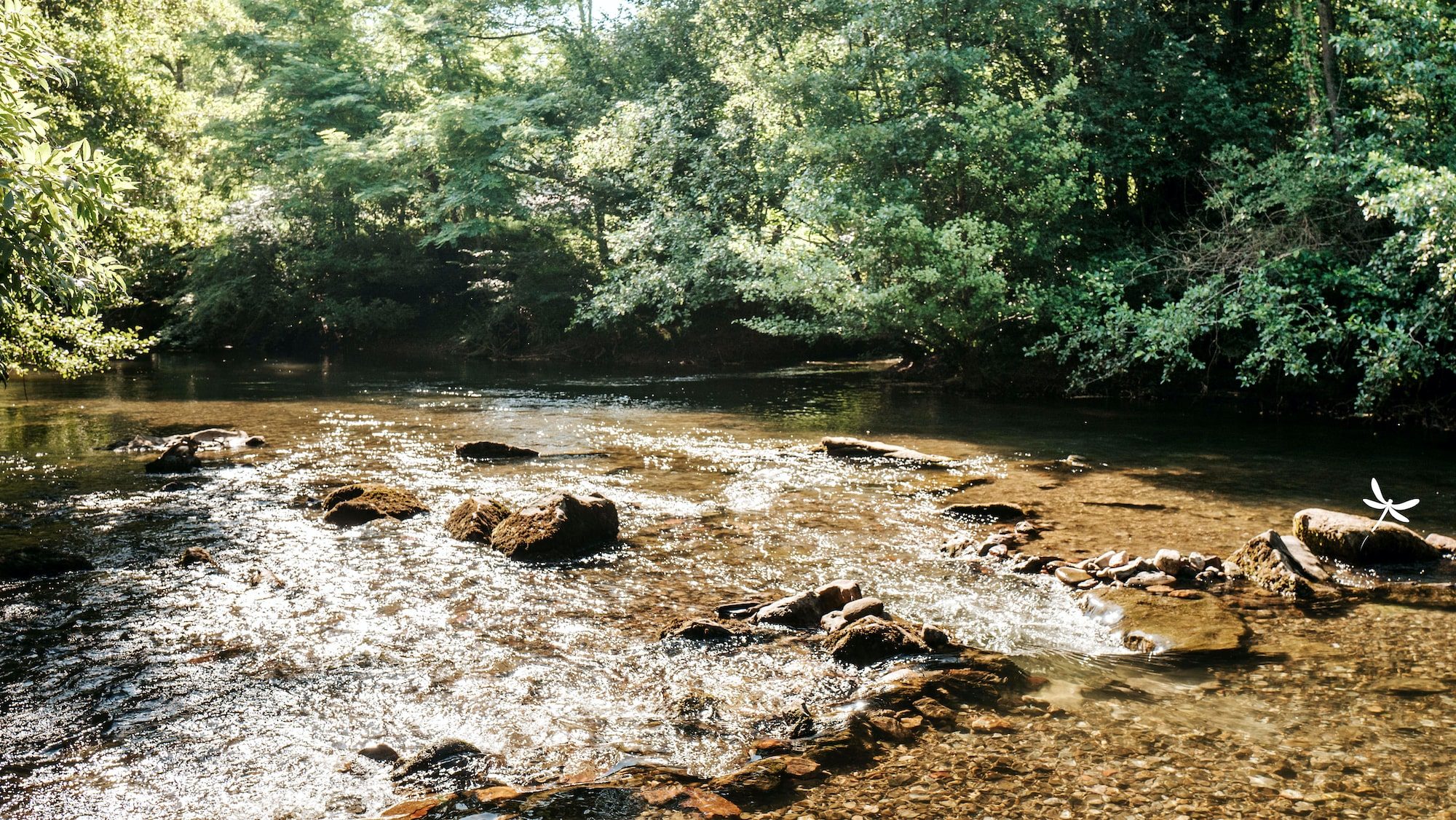 ARIEGE, with its 14,000 years of history, is a living memory of the turbulent history of mankind.
For 14000 years, it has kept within it the most beautiful jewels of art, architecture and human know-how.
The Ariège, located in the Occitan region (formerly Midi-Pyrenees) is bordering Spain and Andorra in the southwest of France.

District of the Pyrenees, Ariege is a very large regional natural park, renowned for its exceptional mountain landscapes, its fauna and its unique flora.

We welcome you at Le Petit Pyrénéen, campsite Mas d’Azil with swimming pool

Discover the Ariège seen from the sky by this video

The Occitan department is also loaded with history of the Middle Ages, ancestral land of Catharism. The Cathar castles, the castle of Foix, the bastide of Mirepoix, the castle of Montségur are the legacy.

During your holidays or weekend in Ariège-Pyrénées, in the heart of nature, you will  be close to major cities that have made the fame of the southwest: Foix, Carcassonne, the medieval city, Lourdes, place of pilgrimage or Toulouse, the pink City.

Nature getaway on foot, enjoy an huge playground and exploration, from the Piedmont Hills to the summit of Montcalm Peak at 3077 meters. You will appreciate the contrast of the landscapes by borrowing for example the GR10 which crosses the Ariège-Pyrenees from East to West to discover exceptional natural sites such as the Valley of Haute Ariège, the valley of Vicdessos, the high Couserans. Ariège on foot, these are trails in the forest, through the hills, crossed bridges, point of breathtaking views, this is the program of your walks and hikes in Ariège-Pyrénées.

During your outings, you may have the chance to see some of the animals of the mountain: marmots, chamois and other birds. The department is meshed with small mountain villages which you can admire the authenticity, and enjoy the warm welcome of the inhabitants.

Passionate about history, heritage, hikers, explorers, adventurers, contemplatives or sportsmen, lovers of nature and open spaces, the Ariège Pyrénées country is for you.

Whether you are on a motorhome, in a tent or looking for comfortable family accommodation, Le Petit Pyrénéen campsite welcomes you with family or friends.

Discover our special offers for a cheap holiday in Ariège-Pyrénées

What to do in Ariège-Pyrénées?

The GROTTE MAS d’AZIL (cave): exceptional site with its 65m high arch, under which pass the road and the river. This place must see or review after 2 years of redevelopment has been the refuge of several populations of prehistoric men.

THE CASTLE OF FOIX: it is the castle of your dreams of child.
THE CASTLE OF MONTSEGUR: it is an integral part of the Country of Art and History of the Cathar Pyrenees.
FORGES OF PYRENE: discover the Ariege of the past! The 5 hectares of this timeless hamlet stage 120 trades, mostly missing, a collection of 6500 tools, several workshops led by craftsmen and an original show on everyday life at the beginning of the last century.
THE CITY OF SAINT LIZIER: one of the most beautiful villages in France with its palace and cathedral.
PARK OF PREHISTORY: over 13 hectares, relive the origins of Man and immerse yourself in the sources of art.

Way of Saint Jacques de Compostelle: GR 78
Fishing: Trout Mas d’Azilienne invites you on its sector for an easy fishing. You can also fish for pike-perch at Lake Feilheit.
The lakes and streams are also full of gougeons, poles, carp …

The picking of mushrooms: cepes, chanterelles … inhabit the forests of the mountains of the Plantaurel Massif.

Mas d’Azil village and cave, the site of the camping

Located in the Plantaurel massif, just 9 minutes walk from your campsite, this cave in the Pyrenees is an exceptional site for its originality: it is crossed by the river and a road (D 119). This natural tunnel 420 m long and 50 m wide is the result of the digging of the river Arize. It is also a remarkable ornate cave that testifies to its occupation by prehistoric men.

The cave of the Azil farmhouse, unique geological phenomenon

In the past, the river flowed on the surface in the valley before entering the ground composed of cavities, enlarging the faults. All deposits of alluvium and other rock scree go over time depending on climatic variations, altering the natural course of the water to flow, for a time above the deposits, thus trapping its initial hydrological breakthrough. Then the geological course resumed its progression and the Arize finds a way in these clusters by digging other galleries until “unclogging” the cave at the time of the Upper Paleolithic era, period of the first men.
But initially, it is the large animals that occupy the cave as evidenced by the many bones found on the site during archaeological excavations: woolly mammoths, woolly rhinos, bears etc …

The cave of the farmhouse of Azil, a refuge since always

By its exceptional size, it was able to accommodate many men and women centuries ago so much that it left its name, “Azilien” to a prehistoric culture like harpoons of particular shape, pebbles painted with non-figurative schematic signs or microliths of original forms.

Among other vestiges it has found: A magdalenian thruster, a jet weapon used in prehistory, a button engraved with an auroch figure or a girl’s skull decorated with flat bones placed in the orbits.

Much later, in the 3rd century, the early Christians made it a place to pray where they could gather themselves away from the persecution to which they were subjected. As, moreover the Cathars during the Albigensian crusade and the Protestants during the wars of religion, will find refuge in the cave. Richelieu will destroy with explosive the ceiling of the Temple Hall inside the cave after the royal troops are repressed during the siege of Mas d’Azil in 1625.

The cave of Azil farmhouse, an industrial exploitation

From the sixteenth century until the Revolution, the extraction of saltpeter used for the manufacture of gunpowder became the main industry of the neighboring city.

Then in the early twentieth century, a new wealth in the cave was exploited: bat guano, an exceptional fertilizer whose effectiveness for gardens is well known. But like all wealth, the collection by the inhabitants was excessive and the commune had to regulate granting only a few kilograms per inhabitant. Even today, bats live in the deep galleries of the cave.

During the war of 1940, the silt was used to produce an ersatz soap, very useful in this difficult period of obligatory austerity. Endin, In 1942, the cave is classified as historical monuments.

Foix the city and its castle – Pyrenees France

Your campsite in Ariege is close to Foix, the prefecture, just 30 minutes drive. Foix Castle dominates the city from the top of its long towers. The rock on which it is anchored shelters prehistoric caves.

At the foot of the Pyrenees, the town of Foix is ​​a tourist hub that attracts many visitors to Ariège every year. About thirty minutes from your campsite, Foix will amaze you with its rich heritage. Indeed, the city has retained its medieval character with narrow streets lined with half-timbered houses including the Rue des Grands Ducs, street bridges connecting houses on both sides of the road …

The grain market, in the same style as the Baltard Pavilion, located in a magnificent square, was restored in 2009  as well as the two remarkable fountains of the city: the fountaine de l’Oie (1337) and another fountain of the seventeenth century.
You will also be able to visit the abbey Saint-Volusien and its famous organ of 40 games.

Foix,  has kept its magnificent castle overlooking the city of its high towers. It is anchored on a rock that houses prehistoric caves. This site was already used by the Romans who built a fort there to monitor the roads of the Ariège Valley.

In the year 1000, property of the Counts of Foix, powerful lords of the region, it is  a single tower and an enclosure. For two centuries, the fortress resisted, especially during the crusade against the Albigenses and the castle became the shelter of many persecuted Cathars.

Between the twelfth and fourteenth century, the Lords will make various arrangements in the fifteenth century is built the prestigious round tower. Unlike many castles, Foix will never be abandoned. It was almost the object of a demolition ordered by Richelieu, but the decision was not applied. Barracks then prison in the eighteenth century, it will be from the nineteenth century listed as a historic monument. Today, the castle contains the departmental museum of Ariège which in addition to the presentation of medieval weapons and armaments, traces the history of the site from prehistory to today.

To the north stands the square tower, the oldest, with its slate roof. The middle tower, dating from the 13th century, is characterized by its sculptures and coats of arms. Finally the round tower, Gothic architecture decorated with beautiful rooms vaulted hexagonal plan.
Many activities are planned throughout the summer season.

Book your campsite near Foix, or a mobil-home type accommodation or a motorhome site at the gateway to the Pyrenees.

Xploria, The forest to explore the time

Ideal natural park to educate itself, have fun, get oxygenated in the Mas of Azil

In only 5 minutes on foot of your Ariège campsite, The Xploria park Offers you a natural course of two kilometers which takes you in beautiful adventures.
Conceived as a playful and educational route, Xploria explores the history of the flora and the fauna. To this end it redraws the epic of the biodiversity from time immemorial until the future times which get ready.

Xploria, the forest to explore the time is a park designed for the playful and scientific discovery of the history of the ground biodiversity.
In the course of the forest – Which follows the thread of time (of the creation of the universe until today and even tomorrow!), go off to explore the evolution of the flora and fauna: dinosaurs in the huge mammals, the tree ferns in orchids, first jellyfishes in the sleep of the Mauritius Island…
The wooden footbridges, the doors of time, the life-size reconstructions of disappeared animals, the botanical spaces and the huge illustrations of situation scenario will stop immersing you in the history of the Earth.
The tactile shop windows (real fossils and moldings), the studios of paleontological searches, the games of faces or still the playground of the animals of Xploria will allow you to cross least 1 o’clock 30 on the site. 3 hours by taking time to have fun and all day long if you also wish to picnic and to take time to take advantage to learn by having fun!

Reserve your Chalet at Mas d’Azil, Reserve your location of campsite for tent, caravan or camper