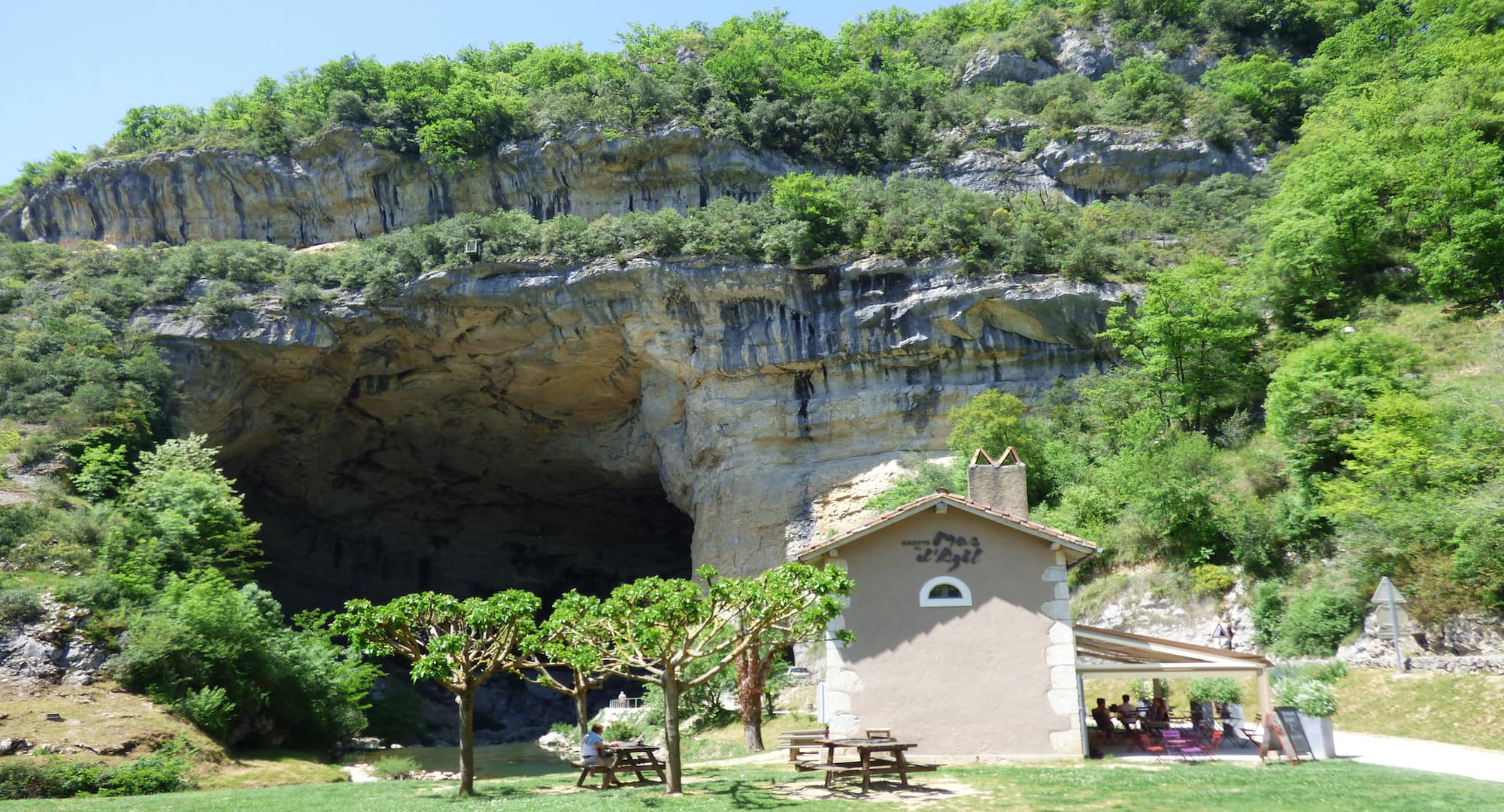 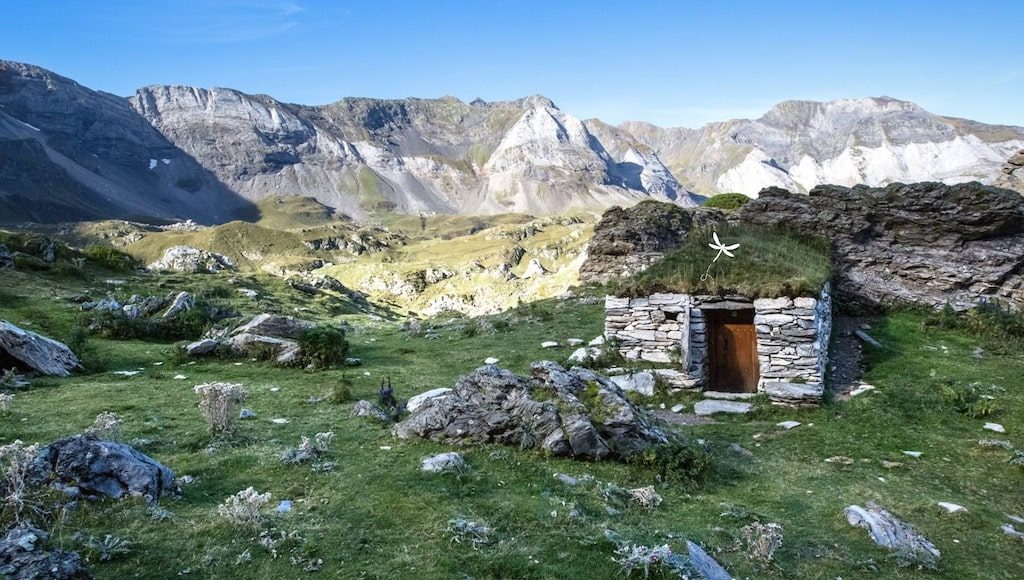 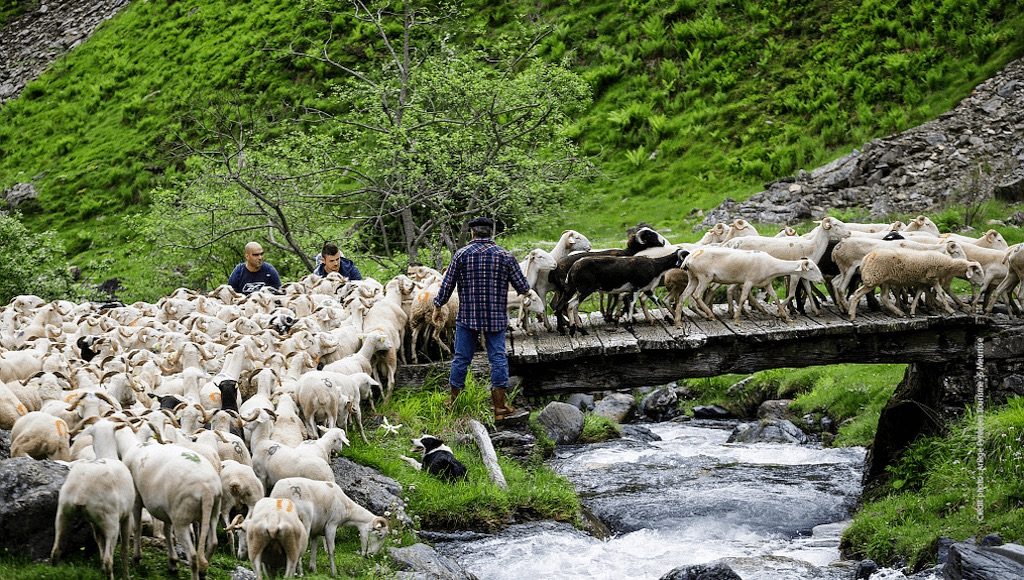 Mas d’Azil village and cave, the site of the camping

Located in the Plantaurel massif, just 9 minutes walk from your campsite, this cave in the Pyrenees is an exceptional site for its originality: it is crossed by the river and a road (D 119). This natural tunnel 420 m long and 50 m wide is the result of the digging of the river Arize. It is also a remarkable ornate cave that testifies to its occupation by prehistoric men.

The cave of the Azil farmhouse, unique geological phenomenon

In the past, the river flowed on the surface in the valley before entering the ground composed of cavities, enlarging the faults. All deposits of alluvium and other rock scree go over time depending on climatic variations, altering the natural course of the water to flow, for a time above the deposits, thus trapping its initial hydrological breakthrough. Then the geological course resumed its progression and the Arize finds a way in these clusters by digging other galleries until “unclogging” the cave at the time of the Upper Paleolithic era, period of the first men.
But initially, it is the large animals that occupy the cave as evidenced by the many bones found on the site during archaeological excavations: woolly mammoths, woolly rhinos, bears etc …

The cave of the farmhouse of Azil, a refuge since always

By its exceptional size, it was able to accommodate many men and women centuries ago so much that it left its name, “Azilien” to a prehistoric culture like harpoons of particular shape, pebbles painted with non-figurative schematic signs or microliths of original forms.

Among other vestiges it has found: A magdalenian thruster, a jet weapon used in prehistory, a button engraved with an auroch figure or a girl’s skull decorated with flat bones placed in the orbits.

Much later, in the 3rd century, the early Christians made it a place to pray where they could gather themselves away from the persecution to which they were subjected. As, moreover the Cathars during the Albigensian crusade and the Protestants during the wars of religion, will find refuge in the cave. Richelieu will destroy with explosive the ceiling of the Temple Hall inside the cave after the royal troops are repressed during the siege of Mas d’Azil in 1625.

The cave of Azil farmhouse, an industrial exploitation

From the sixteenth century until the Revolution, the extraction of saltpeter used for the manufacture of gunpowder became the main industry of the neighboring city.

Then in the early twentieth century, a new wealth in the cave was exploited: bat guano, an exceptional fertilizer whose effectiveness for gardens is well known. But like all wealth, the collection by the inhabitants was excessive and the commune had to regulate granting only a few kilograms per inhabitant. Even today, bats live in the deep galleries of the cave.

During the war of 1940, the silt was used to produce an ersatz soap, very useful in this difficult period of obligatory austerity. Endin, In 1942, the cave is classified as historical monuments.